Economic structure of Kahramanmaras developed based on agriculture, stockbreeding and small handicraft activities after the establishment of the Republic, until the 1980s. Initially, agriculture was the leading sector of the economy owing to its geographical position as well as its suitable climate for farming.

After 1984, when Kahramanmaras ranked among the prominent cities in development, important investments for the textile industry were made with the incentives given to the province. The sectors, which have benefited the most from the incentives are the textile and food industries.

Certain products in the agriculture and food sectors reached the highest level of production in Turkey. Powdered and flaked red pepper production, among the agriculture based sectors, have a tendency to develop in parallel with industrialization. Ice-cream sector, which contributed to the reputation of our city in the country is among the fastest growing sectors. Kahramanmaras ice-cream was influenced greatly by industrialization, have gone beyond the borders of our country and started to spread, especially in countries nearby and USA, then to countries all over the world. In terms of branding, the sector showed a more different tendency than the city's other sub-industry branches. The sector, which played a major role in the promotion of the city, becomes prominent with the brands, whose reputation extends beyond the domestic borders.

Our province, which hosts integrated investments of region's industrialists in areas other than the above-mentioned sectors, such as paper and cement, thanks to the advantages it has been offering in the last few years, has started to be among the alternative places in the investment decisions of well-known brands, especially in the food sector.

In general; the sectors, which shape the economy of Kahramanmaras and provide dynamism, are textile, metal kitchen utensils, food, paper industries and jewellery.

Kahramanmaras is taking firm steps forward with its existing sectors and potential investment areas. When 3.768.000.000 TL of total fixed investment, planned with 232 investment incentive certificates, prepared between 2009 and 2012, is achieved, approximately 7.600 people will be provided with employment opportunities. 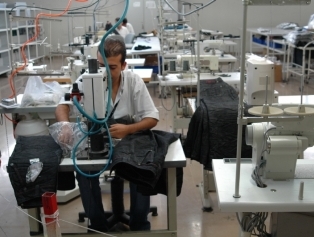 All kinds of information and documents published on this site were provided by the Eastern Mediterranean Development Agency. All Rights Reserved. © 2020 Web Design